I served just shy of seven years in 1st Battalion The Royal Anglian Regiment, an infantry battalion of the Queen’s Division in the British Army. In Afghanistan, a vehicle I was in was hit by a huge IED – fortunately there were no fatalities but I was left with a very aggravated lower back that still causes issues today. Then on a battalion exercise in Kenya, I broke my knee conducting trench clearance and when I was undergoing treatment, I also started to experience mental health difficulties. Several months later I had a complete mental breakdown, which was the beginning of the end for my career in the infantry. Eventually I was medically discharged with no possibility of a return to service.

To say it was a blow is an understatement. I’d applied to join aged 19, so the Army had been my whole adult life up until that point. I was angry, resentful and pretty beaten up about having my purpose and beloved job taken away. However, the one thing you learn as a soldier is to take a knock and keep going. Our mantra of ‘improvise adapt and overcome’ needed to ring true now more than ever. You adapt to the situation and move on, we don’t sit about feeling sorry for ourselves, we deal with the hand we’re dealt. Don’t get me wrong, each day is still a struggle and there are days I don’t get out of bed, overcome with emotion and thoughts of suicide. Fortunately, through treatment I’ve learnt to deal with and process these emotions and accept that I will never be ‘healed’, but I can learn to live with my mental illness.

When I first learned about REORG it really struck a chord with me. When you hear stories about veterans struggling with life after the Armed Forces, the causes are very different. Sometimes problems come from the things they have experienced while serving their country. Or it can be trouble adjusting to civilian life. Or just that they miss the constant challenges and having the lads around them – the support network from your muckers is unrivalled. It’s so incredibly important that we’re finally talking about it and people are stepping up to help.

For me it has been a long road getting here. But founding my company Combat Fuel almost five years ago was a definite turning point. I’m no longer the sole owner and my workload is shared so I don’t risk pushing my mental health backwards, but focusing on work has definitely helped me.

There are so many supplement companies out there, so you need to do something different to be noticed. The military has a zero-tolerance approach to banned substances and cross-contamination can be an issue with many supplements. So we set about making reasonably priced supplements that are guaranteed safe for both serving military and tested athletes.

The first couple of years getting the business off the ground were really tough. But we must have done something right because we have grown and are in a good place now. This has meant the chance to help others out too. So we’ve been working to help disadvantaged kids in our area when the company owned a gym, as well as getting involved with military charities like REORG. Giving back and watching people come out of a dark hole in an incomparable feeling and something that’s really helped me.

I am still having treatment to deal with life and my mental illness, I have to be so careful with my mental health. But looking after all areas of wellbeing is important no matter who you are. Everyone can have problems, whether military or not. Just because you have issues, it doesn’t have to control and define you, you can learn to live with it.

At Combat Fuel, we have the same philosophy as REORG. It doesn’t matter why you find yourself in a bad place, you just need to remember that there is always a way out, and it starts with taking care of yourself and those around you. No matter what knockbacks you have had, you are never out of the fight.

Alex was speaking to Richard Holt

Check out the Combat Fuel bundles – you save money, and a portion of the proceeds goes to REORG 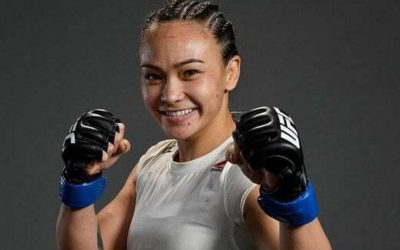 Michelle Waterson: being a mother makes me fight even harder

By UFC fighter Michelle Waterson I was a small, shy child who would do anything to... 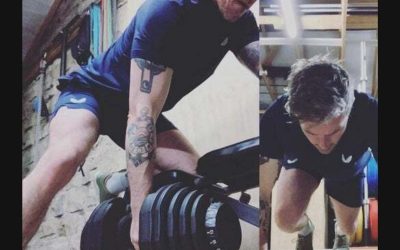 Improve your jiu-jitsu with a commando mindset

There are very few pursuits that expose you in the way that jiu-jitsu does. Often in everyday life... 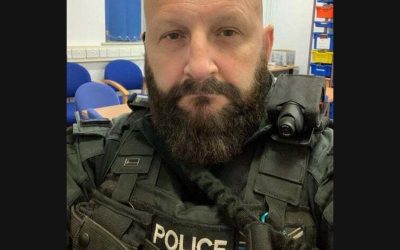 Armed response officer: I wouldn’t be here if it wasn’t for REORG and Rock 2 Recovery

By Lee Tucker, armed response officer and former firefighter Back in 2018 PTSD hit me really...