When I was younger I felt invincible. As a kid I never waited for the bus, but would run to the next stop, or often I would end up running the whole way home. I was happy to put my body on the line and I got stuck into any sport I could, particularly rugby. Standing 6ft 4in and weighing 107kg at my peak, I ended up playing loose-head prop, one of the powerhouses of the scrum in rugby.

Then just before my 21st birthday I got a prolapsed disc in my back. It’s possible that I’d accumulated some damage from playing rugby, but what happened was just the freakiest thing. I coughed and collapsed to the ground, with pain shooting down my left leg. When I tried to stand up the pain was so bad it made me pass out.

Although I was in a bad state, at this point I still had my neurological functions. But when I had surgery to relieve pressure on the disc, my spinal cord was ruptured. That left me without the use of my legs. What followed was an incredibly low period of my life. I felt desperate and angry. As I fought in vain to get my health and my life back on track, my weight dropped down to 35kg and I felt as if everything was slipping away.

Sport has been a saviour for me. When I tried wheelchair basketball it was the first time in forever I had felt that competitive edge coming back. If you’re feeling a bit sorry for yourself, there’s nothing like getting out there with a bunch of people who don’t feel bad for you because they’re too busy smashing into you.

I ended up getting into wheelchair racing later, and became obsessed. I had spent so much time feeling trapped, and I just can’t explain how amazing it was to be out in the fresh air getting after it, and to have a purpose. I ended up getting spotted by David Weir and his coach Jenny Archer, and they took me on and mentored me. I was due to compete in the Paralympics in Rio in 2016, then I got hit by a car while training in Regents Park. That ruined my chair and injured my neck, so sadly Rio was out.

Equipment is always an issue with wheelchair athletes. Everything needs to be tailor-made for you and is expensive and slow to replace. That’s why I would recommend jiu-jitsu to anyone. No special equipment is required, you just turn up and roll. I train as much as I can at the Roger Gracie HQ in Hammersmith and it has been a life-saver for me. I’ve competed in the London Grand Slam, Abu Dhabi and Rome. And to top that, I’ve signed up for the first Reorg BJJ comp too.

Being a wheelchair athlete and doing jiu-jitsu I guess seem like quite extreme things to some people. But sometimes people forget the daily difficulties that disabled people face. A few years ago a video went viral of me dragging myself on my hands across the floor of Luton airport, and I ended up going on TV to talk about what happened.

I was on the way back from a stag do in Croatia with friends and when we were on the tarmac at Luton we waited for ages. Eventually they came and said they didn’t have my chair, and they thought it was probably still in Croatia. They didn’t have a replacement. It was clear at this point there was no procedure in place to deal with something like that, and in the end I had no choice but to drag myself through the airport.

My friend shot the video on his phone, and I only made it public because the airport refused to acknowledge they had done anything wrong and denied that procedures needed to change. But obviously nobody should be left stranded, and thankfully after we made the video public, the airport had no choice but to make wheelchairs available for anyone who needs them.

I have become really passionate about making sure other disabled people aren’t hit by stuff like this. They don’t want special treatment, just to be able to get around and do normal things like everyone else.

For me it has been a battle, but I’ve fought my way back and I’ve come a hell of a long way since losing the use of my legs. I’m 33 now and maybe part of growing up is realising that nobody is invincible. How do I feel? Well maybe not invincible, but I’ve certainly got more than enough fight in me.

Justin was talking to Richard Holt 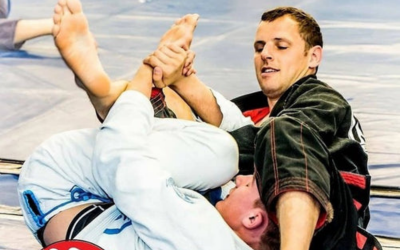 Andy Roberts: I saw five police struggling to hold one man down

Andy is head jiu-jitsu coach for the British Army and teaches martial arts to police and... 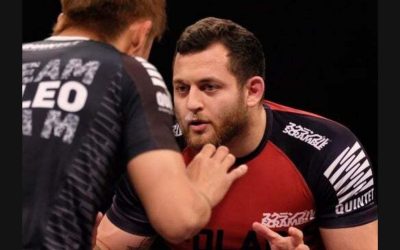 By Daniel Strauss, black belt under Roger Gracie Training has been a constant part of my... 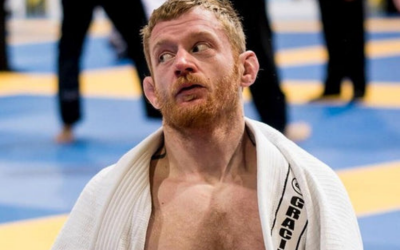 When I left the Army I felt completely lost

By Kev Capel, RAF chief jiu-jitsu instructor I joined the Army at the age of 16 and...