Long before I joined the Armed Forces I’d already been through a hell of a lot. I had an abusive, alcoholic father and a mother who tried to kill me twice. There was also sexual abuse by a friend of my father’s, so all in all I suppose you’d have to say it was a pretty rough childhood. And as an adult the traumas kept adding up.

When I was 18, I joined the Fire Service. Looking back this was perhaps not the best decision for someone so young with a background like mine. On my second shout we were called out to a traffic accident. Someone had been decapitated by a low-loader and I ended up walking around a field looking for body parts. Then on another shout we went to a house fire that killed a friend who I’d seen earlier that day.

After two years I left and joined the Royal Navy. I served for five years, including being stationed down in the Gulf as part of the Logistics corps. I quite enjoyed my time in the Navy, because it gave me a sense of purpose and a focus that I found settling. But by that stage I’d been numbed to everything, and I couldn’t see much more to life than pain and misery. I’d had plans to join the Royal Marines and advance my military career but when things weren’t going my way I ended up throwing my toys out of the pram and leaving.

At that stage I’d just met my future wife and so along with attempting to adjust to civilian life, I set about becoming a family man. I gave it a good go – I put on a suit and got a job selling cars. At one point I thought this is alright, and I stuck that out for three years. But it was around the birth of my son that the fragility of life really hit me, and I really started to go into my shell.

After my daughter was born I tried to get a grip. But I had stopped working and drinking became an issue. I had lost pride, and my routine, and I just couldn’t function without alcohol to damp down all the stuff that kept bubbling up in my head. Then my parents died, within a fairly short time of each other. I had no feelings about losing them, but it led to tension with other members of the family about the way my parents had behaved towards me.

Things really took a turn for the worse and I attempted suicide on more than one occasion. Then I ended up homeless, living in a car or in the woods. I had gone about as low as I could, but I never lost faith completely, and with help I was able to claw my way back. I had known Mark Bauer from Kernow Brazilian Jiu-Jitsu in Cornwall for a while, but I never really had the money or the focus to train properly. Then Mark told me about REORG and said they would pay my training fees.

I was so humbled that someone would be willing to help me like this, and I didn’t want to pass up the opportunity. When I started training I was 108kg, and today I am down to 84kg. But that’s just the start of it. Physically I am in much better shape, but my mental health you just can’t compare. When I was able to come off all my medication, my GP couldn’t believe the change in me. I told him it was because of jiu-jitsu and he said: “Well, you’d better keep doing it then.”

Training gave me the springboard to start sorting out the rest of my life. I have got a job
as a support worker for the homeless and people suffering mental health and addiction problems. I love the work and I find I can relate to anyone who walks through the door, because if you can name a problem, chances are I know a bit about it.

My kids have told me that they have got their dad back. It has been amazing to rebuild the relationship with them after everything they’ve been through. It has definitely made me a better parent, but it’s more than that – if it wasn’t for jiu-jitsu and for REORG, I honestly don’t know if my kids would even have a father.

As well as being a support worker, Dave also volunteers for Active Plus, the veterans agency. 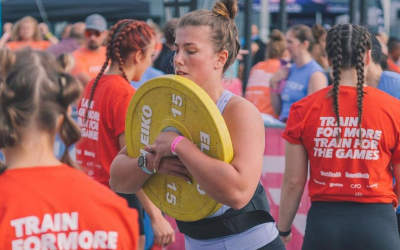 National Fitness Games X Reorg – the buzz is so good, we want everyone to have a chance to compete

By Mark Hartnett-Morgan When we launched... 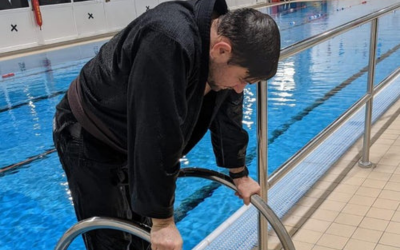 By Cpl John Hannay I have never been much of a swimmer, so perhaps it wasn’t the best idea to set... 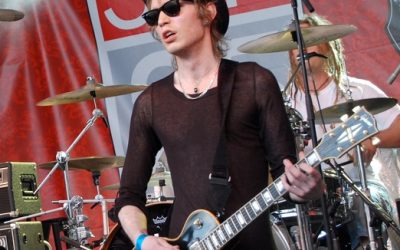 By Micko Larkin, professional guitarist and aspiring martial artist As a musician I had a...